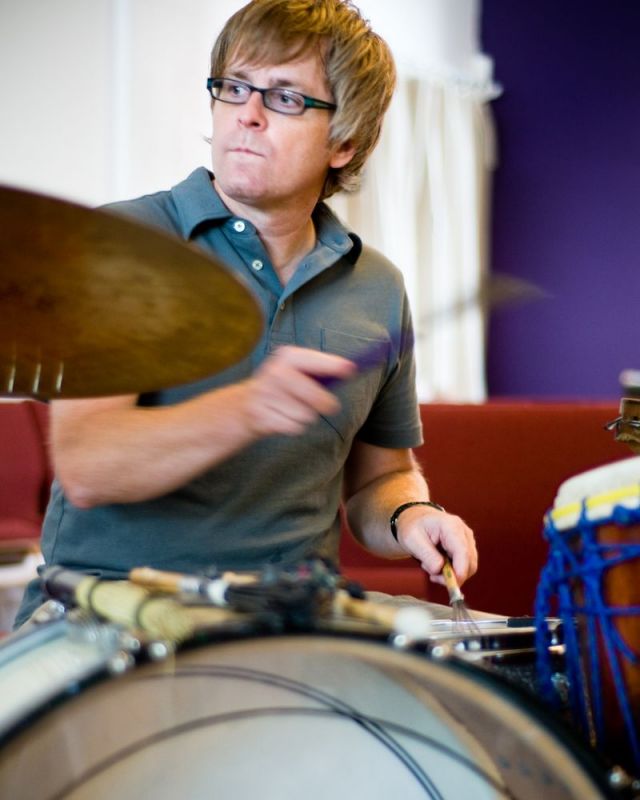 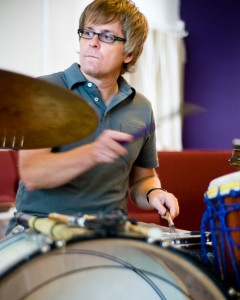 Chances are you’ve heard Dale’s drumming recently.  Dale’s drumming propels the lilting melody of the hit song and perennial summer favorite “Kiss Me,” by the group Sixpence None the Richer. He has recorded for labels such as Mammoth, Virgin, Almo Sounds, Elektra, Epic, Sony, RCA and played on jingles and commercial projects for Southwest Airlines, Pepsi, Scholastic Books, and Frito-Lay. He’s also performed on numerous television and radio shows in the United States, Europe and Japan, including The Late Show with David Letterman, The Tonight Show with Jay Leno, Late Night with Conan O’ Brien, and Top of the Pops (BBC). You can find out more about Dale by visiting his website or taking private lessons from him.

“Learning how to transcribe will not only make you a better drummer, but a better listener as well.
When I’m asked to play for an artist or event, I typically am “subbing” for the regular drummer, and am faced with having to learn a large amount of songs in a short amount of time. Being able to quickly transcribe a song’s arrangement and drum part allows me to create a chart, so that I don’t have to rely on my memory to play the song.
When I have found a song that I enjoy listening to, transcribing helps me to focus on the parts of the song (the song structure, melody, words and the orchestration), that makes the song unique.
When I hear a drum part or fill that I find interesting or something that I wish I could play, I find that transcribing allows me to figure out exactly what the drummer played.
As I’ve transcribed, I’ve noticed how good drummers can structure their drum parts to best serve the song and the musicians they play with. Transcribing has helped me become a better listener, and has helped me become more aware of a song’s arrangement and all the component parts that work together to make a song stand out. The focused and intense listening that is required to transcribe has helped shape and form my drumming and given me real examples of how to “compose” a drum part that supports and interacts with the song and other musicians as well.”

Did this tip help you? Leave a comment and join the conversation!